The present as a result of the past (ongoing) 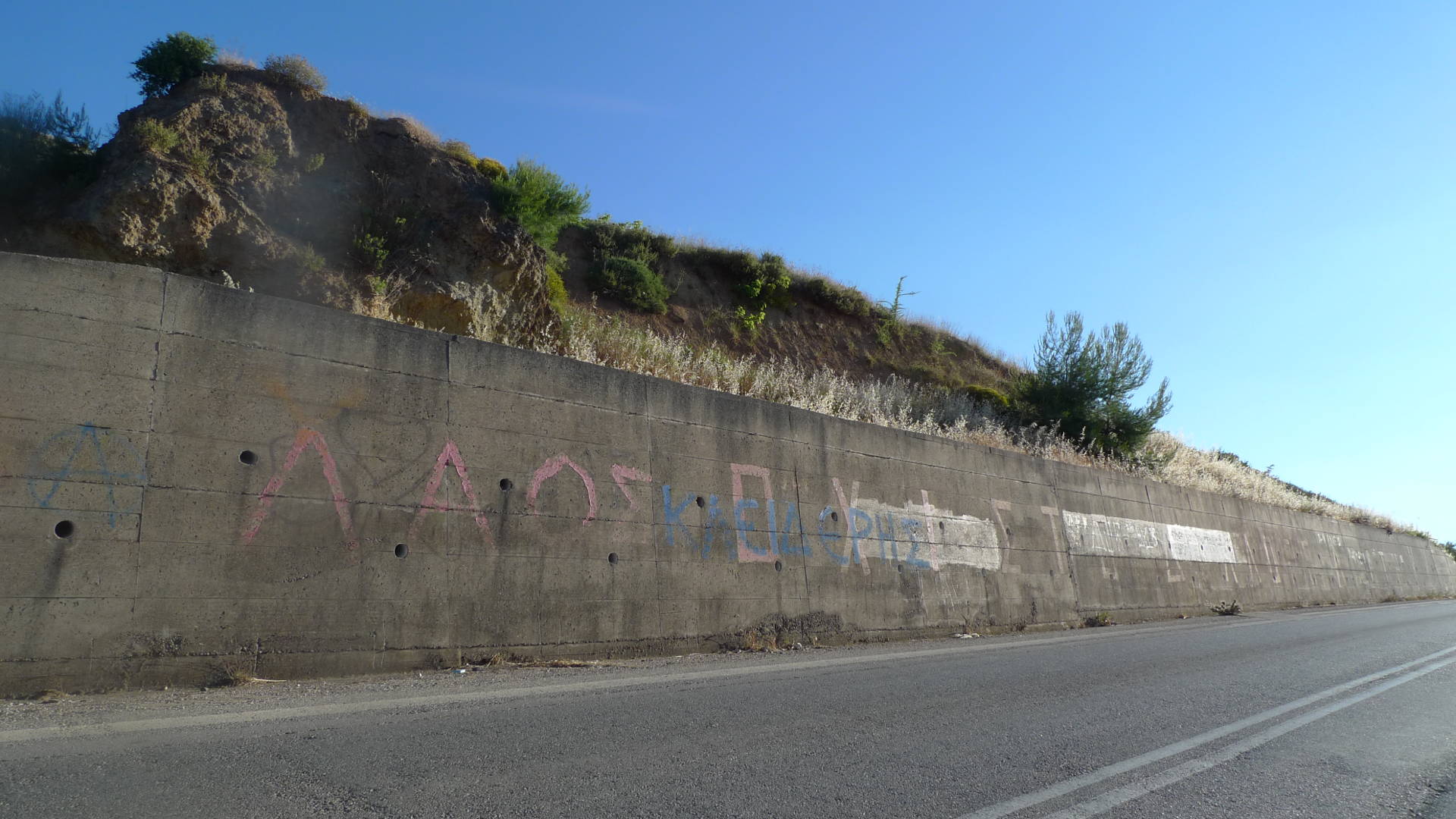 The small town of Kalavryta in Northern Peloponnese is the symbol of the establishment of the Greek State thanks to the popular history myth according to which the Greeks’ revolution against the Ottomans in 1821 started in this region. On 13 December 1943, the Wehrmacht burned down the village, destroyed food reserves and executed all male inhabitants over 14. Modern Kalavryta’s cultural identity is mainly structured on its traumatic memory.

Since 2012 I have been working on the research-based project The Present as a Result of the Past in which I am studying trauma in Kalavryta. My purpose is to deeply understand this community’s persistent request phrased as “a need for catharsis”. I focus on the ways society evolves on collective trauma, by which I am referring both to the massacre of 1943 and the local impact of the Greek Civil War, a taboo subject. Throughout the process I focus on divided memory, gender, class and the local versus the Other. Since the beginning of this research, my methodology has drawn from the field of anthropology and parts of its results have taken the form of artworks. These artworks can be interpreted in two ways: first, they mediate the context to a broader, not only intellectual, audience on a national, European and global level; second, on a local basis, they are interpreted differently and aim to contribute to healing processes through the dialogue they respectfully provoke on muted history aspects. Since 2018 this project developed into a PhD research in anthropology, at the Department of History, Archaeology and Social Anthropology of the University of Thessaly and financially supported by the State Scholarships Foundation of Greece (IKY).

My interdisciplinary working method aims at activating the ground of the mutual approach of art and anthropology in order to bring about a deeper understanding of society and explore new ways of contributing to social change.

The present as a result of the past is realized with the generous support of: 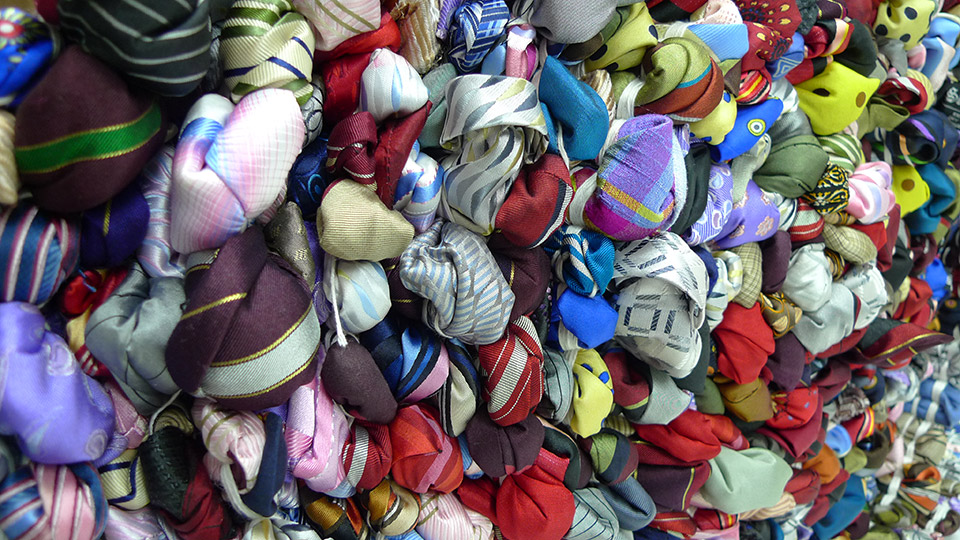 The village Kalavryta has a unique charge within modern Greek history. On December 13, 1943 the Wehrmacht burned down the village, destroyed the food reserves and executed all male inhabitants above the age of 14. It was one of the most tragic events to take place in Greece during the Second World War. Today the village is grappling with both it's past and the current economical, social and ideological crisis, bringing renewed attention to this dark chapter.

This work reflects on one episode from the post-war history of Kalavryta. After the war the village received supplies from the Red Cross and UNNRA (United Nations Relief and Rehabilitations Administration). The Vagia family one day received a huge package that contained over two thousand neckties. Not knowing what to do with them, the mother of the family used them to make a traditional “kourelou” carpet. “We were starving, but walking on silk,” her son recalled laughing. For this artwork, Fotini Gouseti collaborated with people from the villagers and a group of volunteers with knowledge of the traditional weaving technique to recreate the carpet using about two thousand neckties.

Fotini Gouseti would like specially to thank Kostas Manavis, Kyriakos Tsoukalas and Aris Kousidis, all members of the "Taxideutes Politismou” community for the materialization of this work. 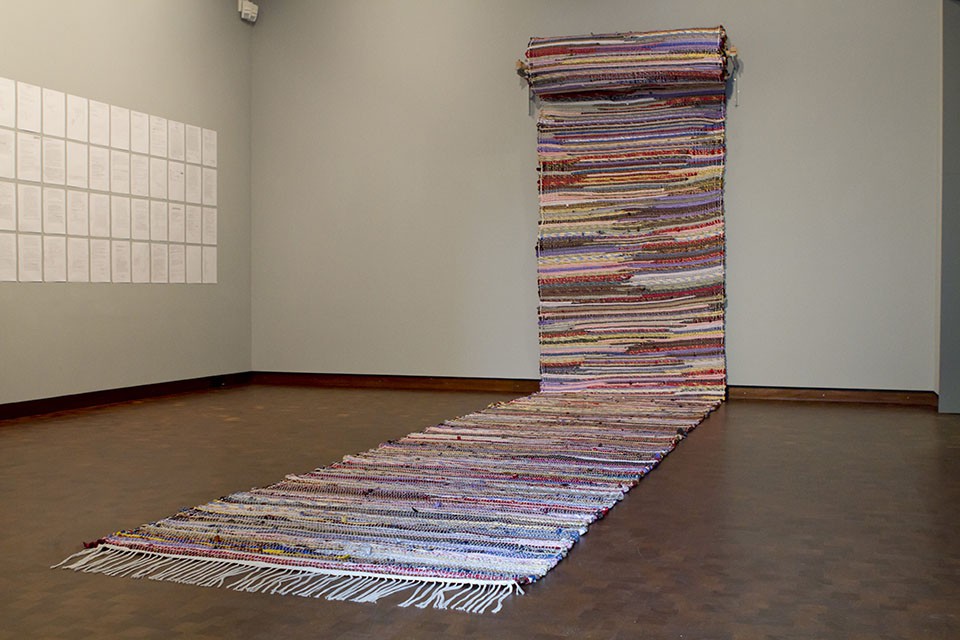 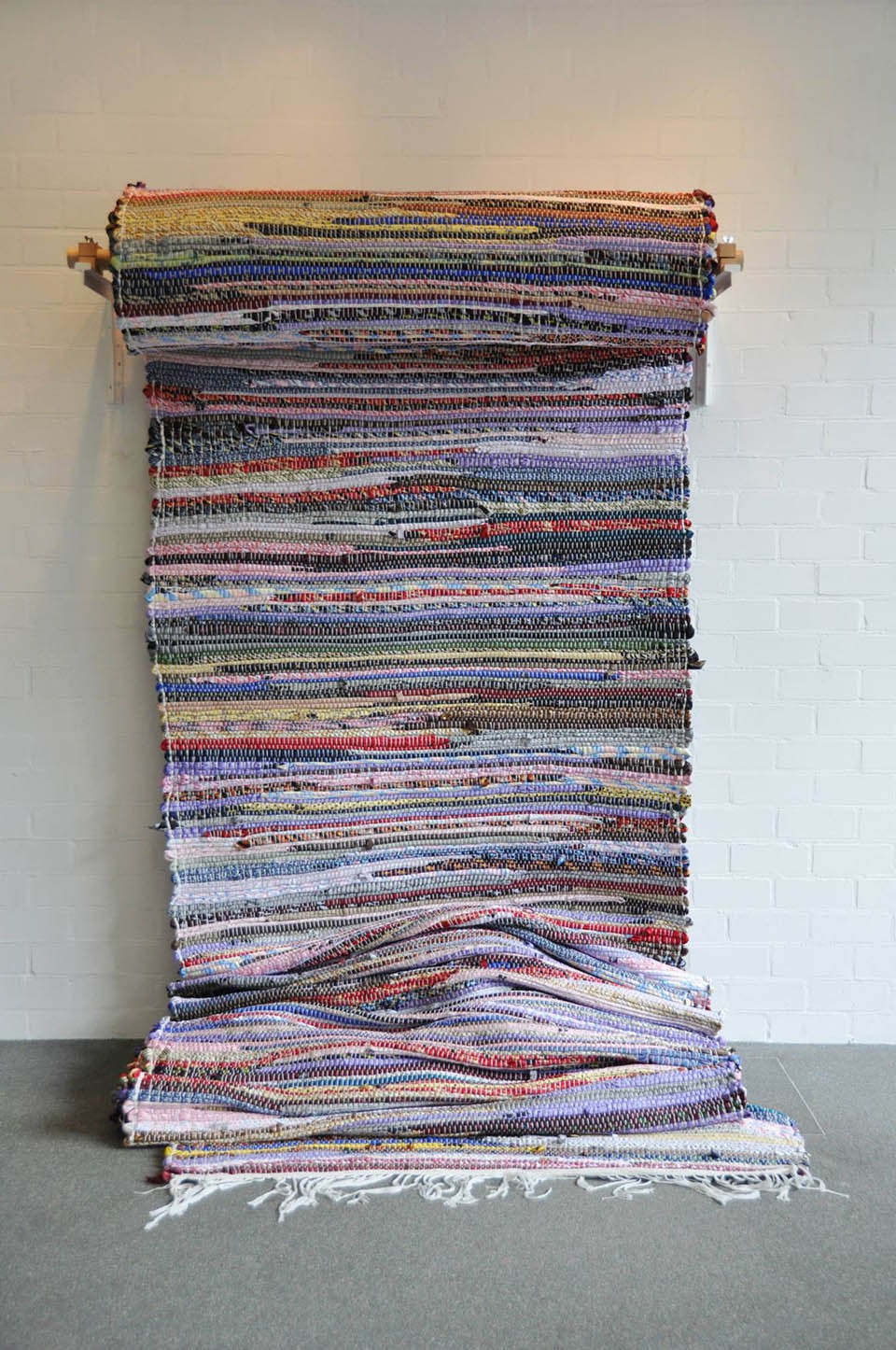 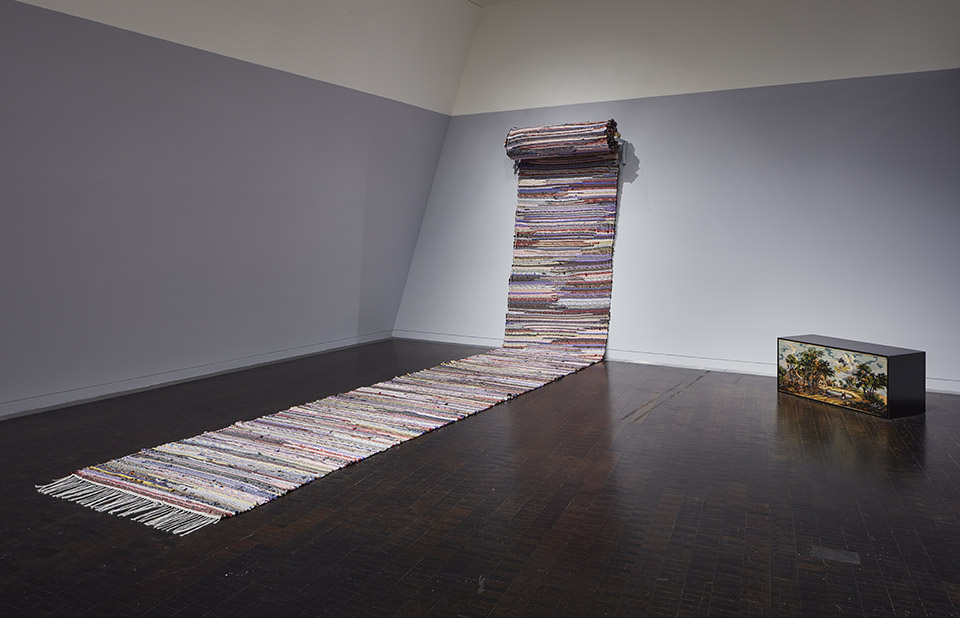 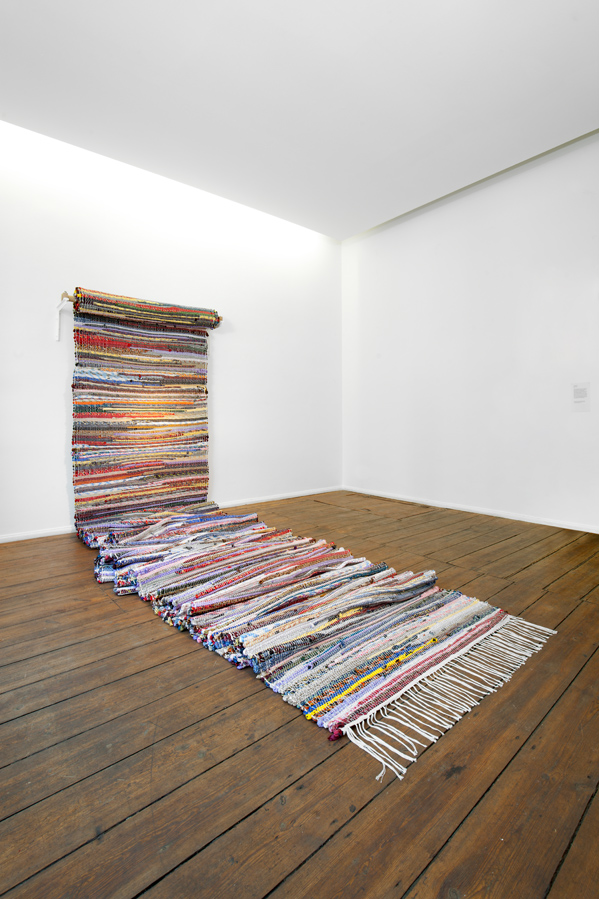 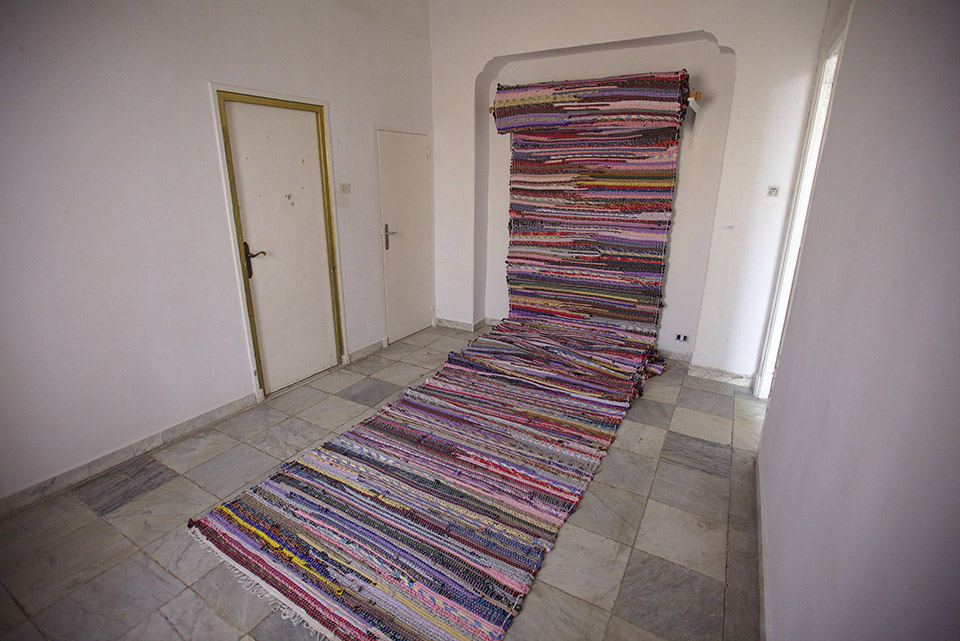 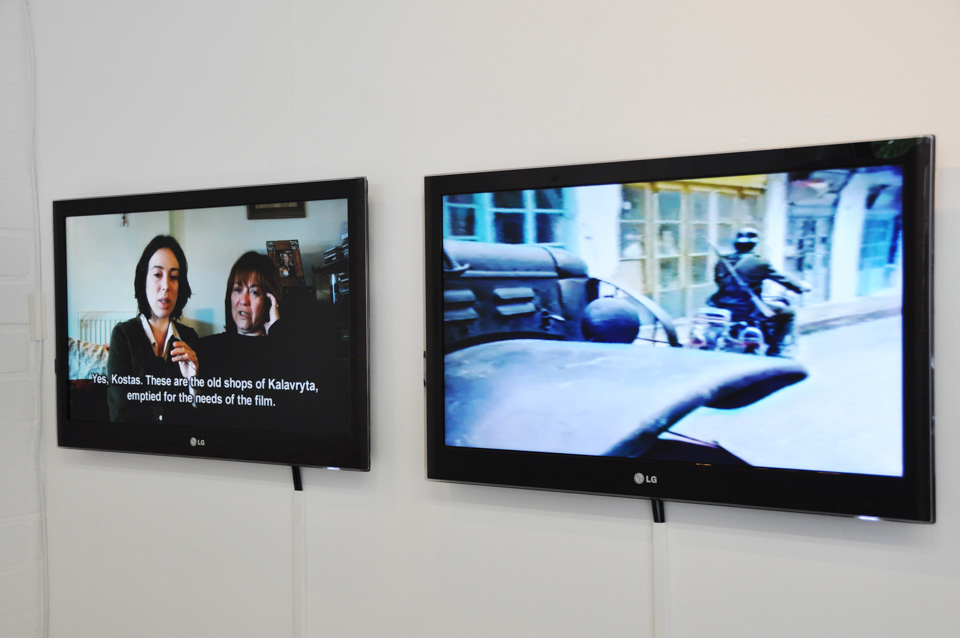 A chat with Efthimia Papadimitropoulou Benaki about the film Kalavryta, December 13th, 1943, by Yannis Katomeris.

A direct result of World War II in Greece was a devastating civil war between rightists and leftists, in which the rightists won. The outcome of this war shaped the Greek society and furthermore, the losers were often demonized by the national historiography.

In the case of Kalavryta, the rebels were seen as responsible for the destruction by Wehrmacht in 1943, because of their strong resistance activity in the region.

The director Yannis Katomeris and his team visited Kalavryta in 1986. They wanted to investigate the incidents of 1943 so as to let the residents know. This resulted in making their own production’s docudrama “Kalavryta, December 13th, 1943”, aiming at challenging the prevailing narration of history at the time. The movie was filmed in collaboration with the theatrical group “Panos Michos” and the locals. There was only an actress.

Fotini Gouseti would like to thank Yannis Katomeris for the courtesy and the permission to show the film Kalavryta, December 13, 1943. 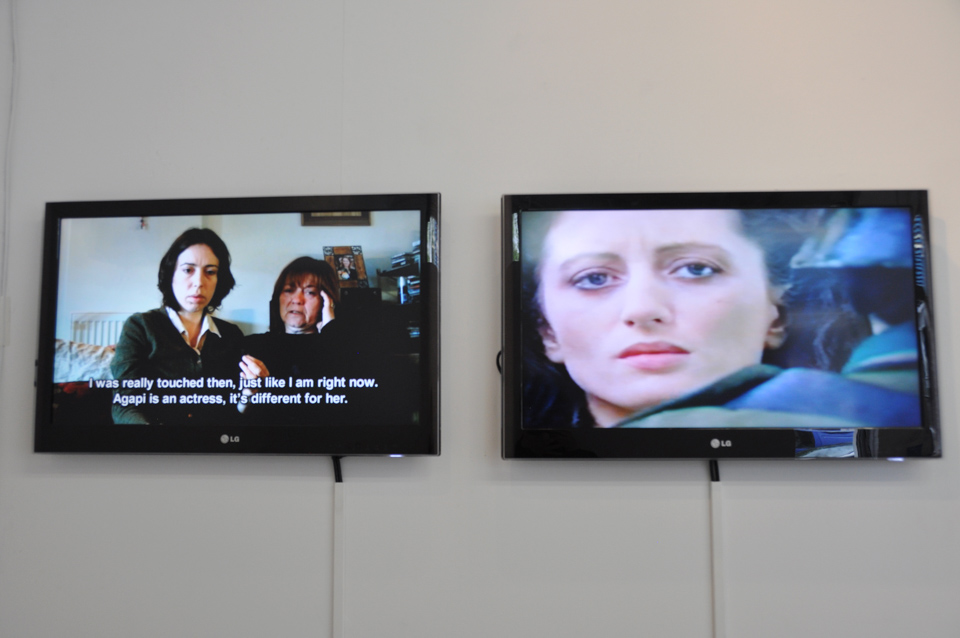 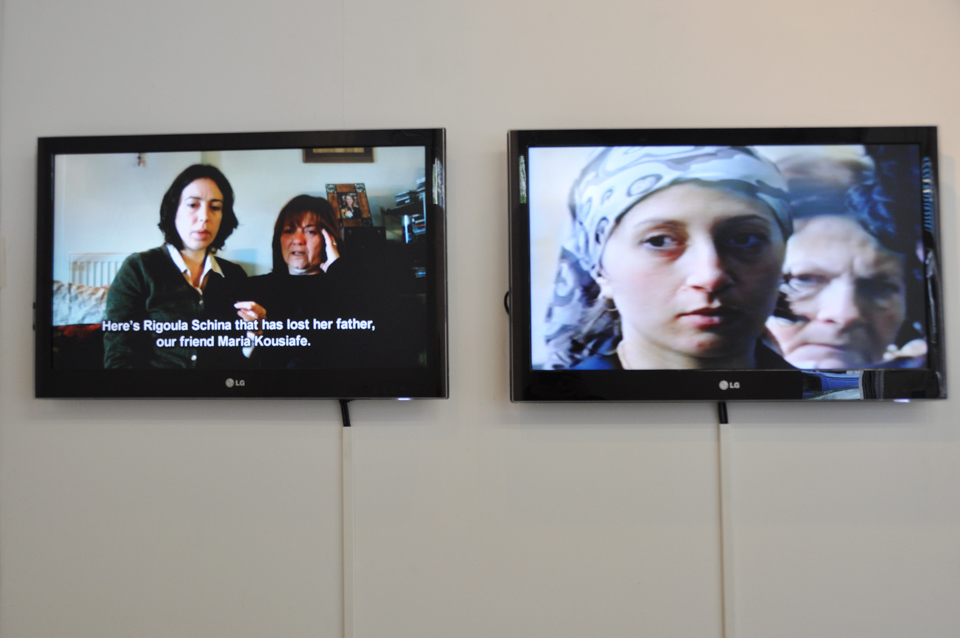 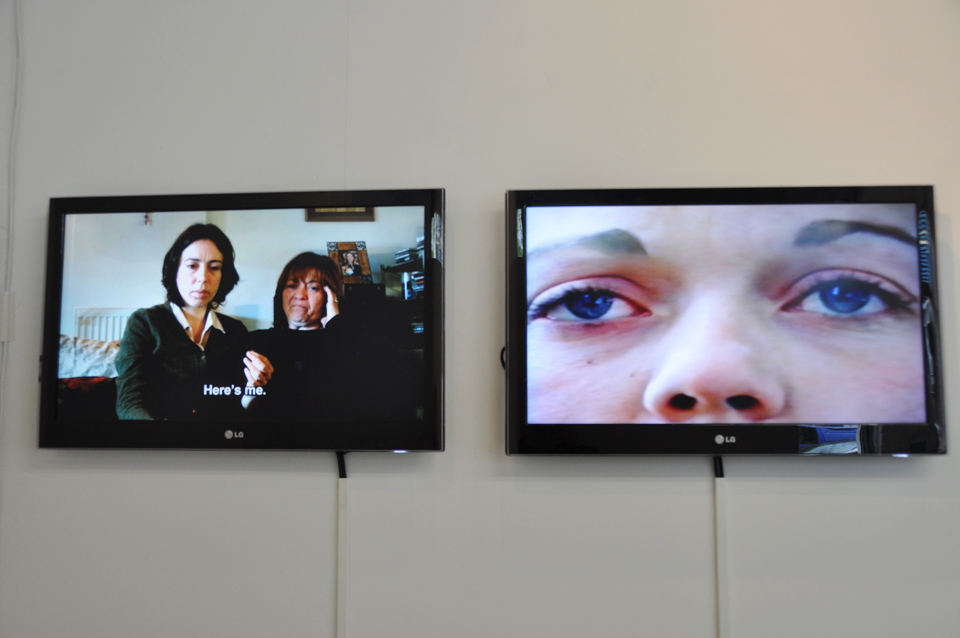 About 1500 (2013-ongoing) consists of woodcut prints depicting, in actual portraits, the ways Kalavrytan society evolves after 1943 and up today. The title refers to the approximate number of women and children who survived in the ruined town. This work questions the notion of the «foreigner» in this society. The choice of medium is informed by the traditional depictions in Greece of the destruction of Kalavryta in woodcut prints. 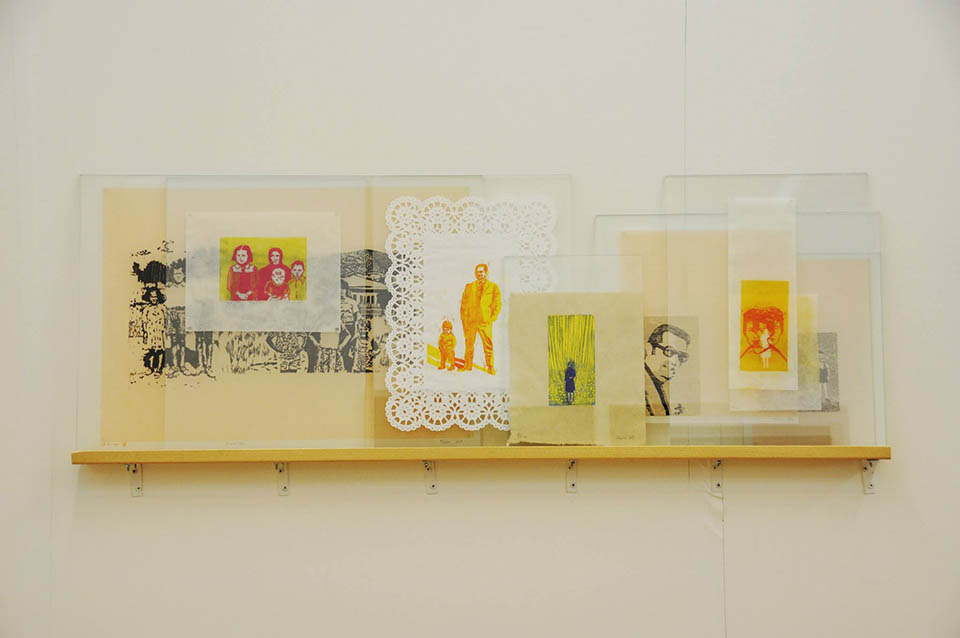 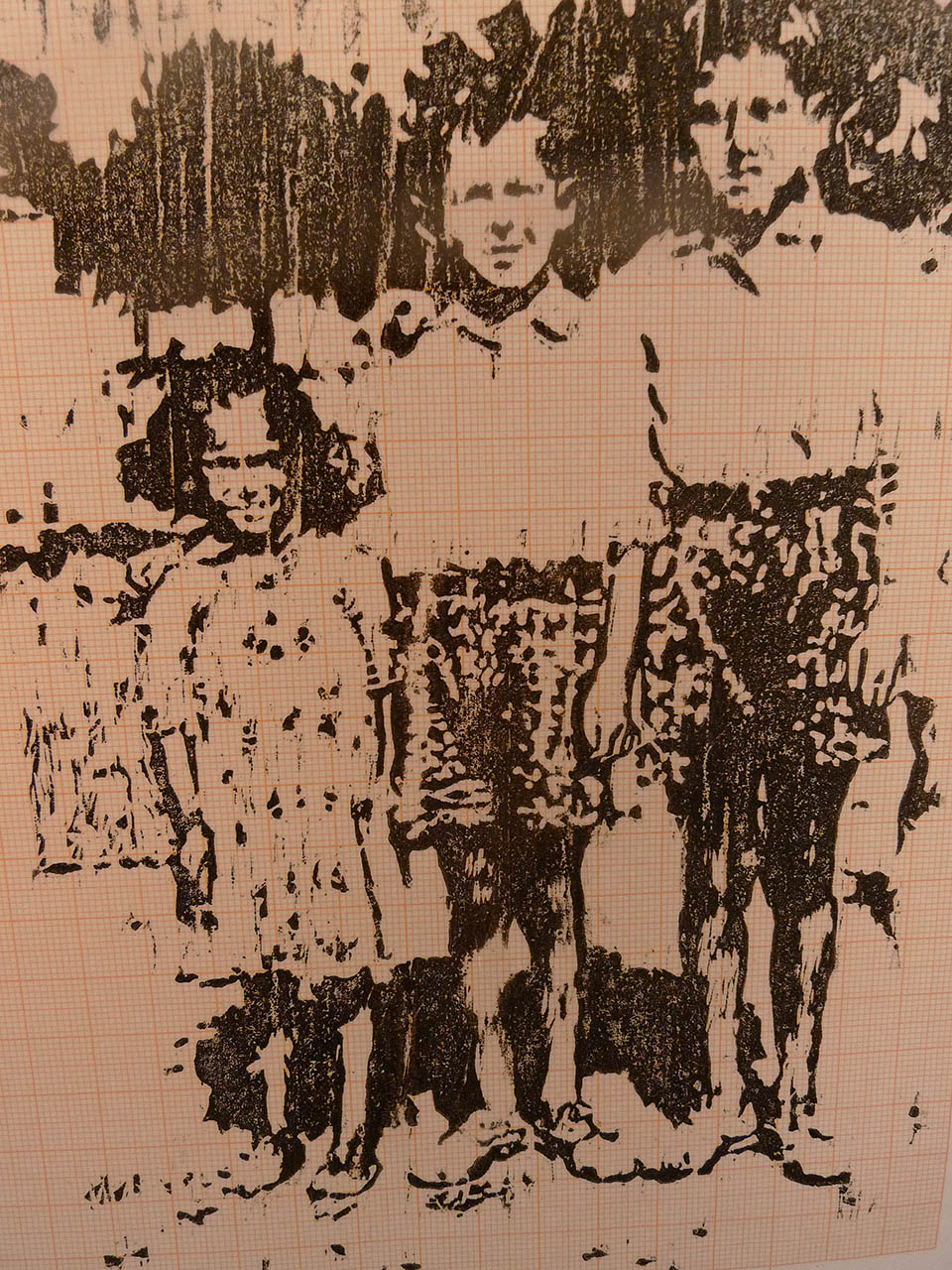 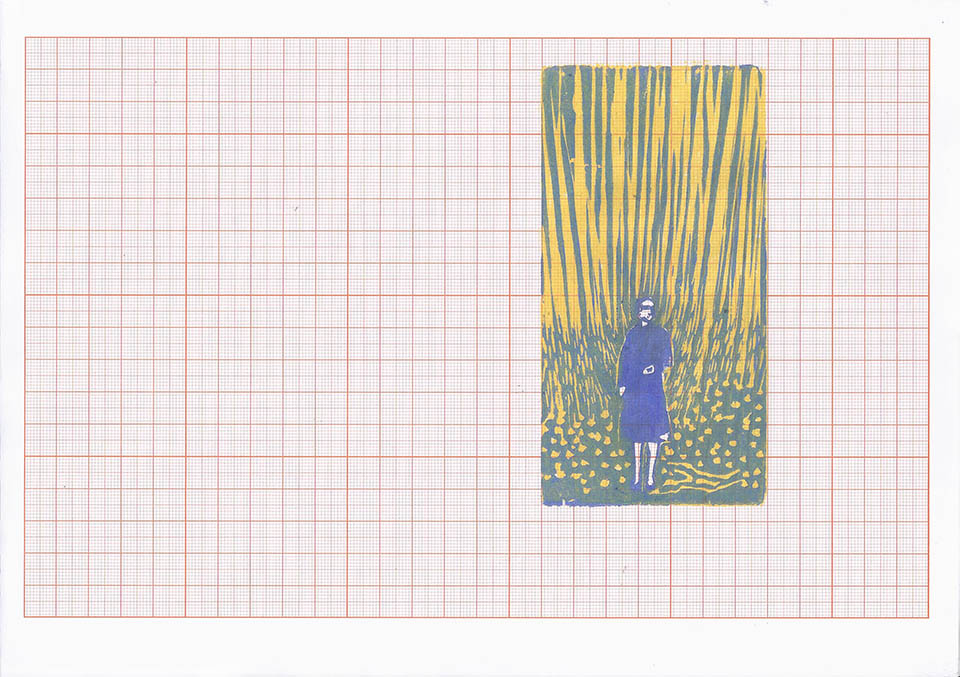 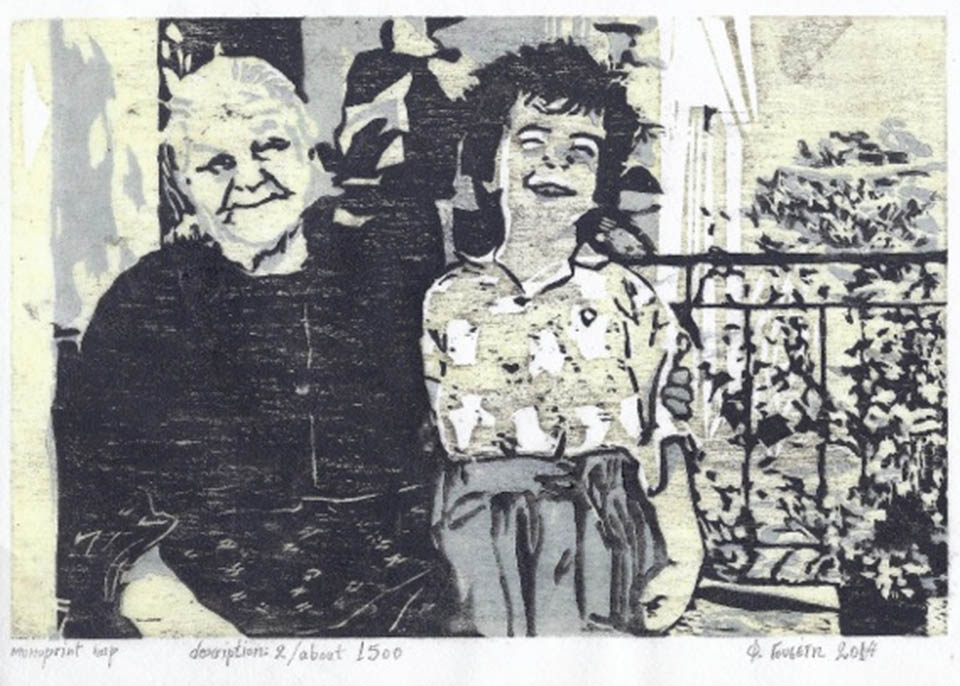 Kappi Hill, Kalavryta, April 2014 is an artists’ book collecting pressed samples of plants growing on the hill where the execution took place. 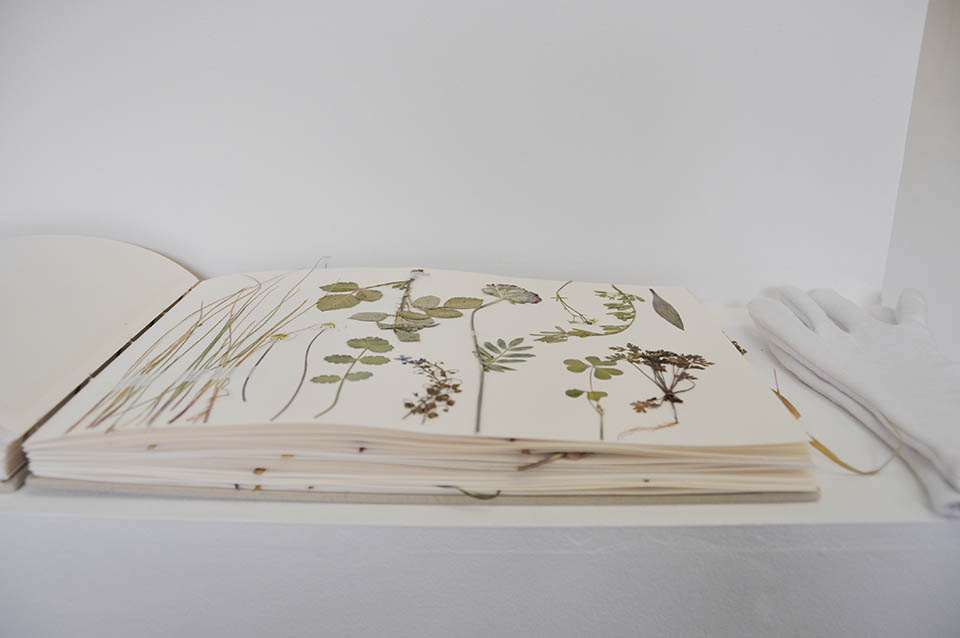 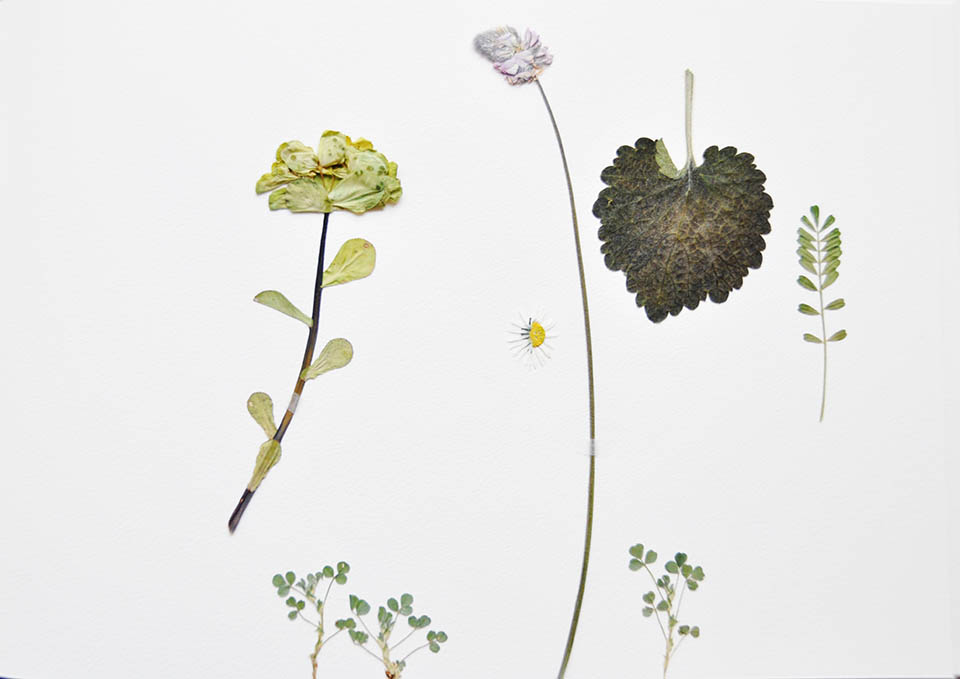 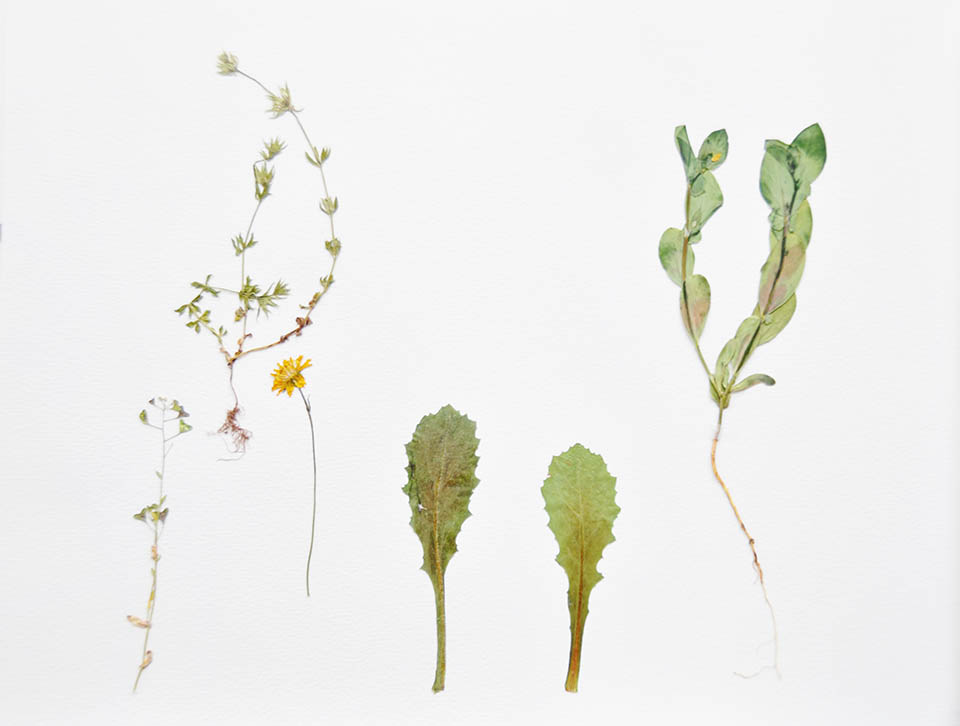 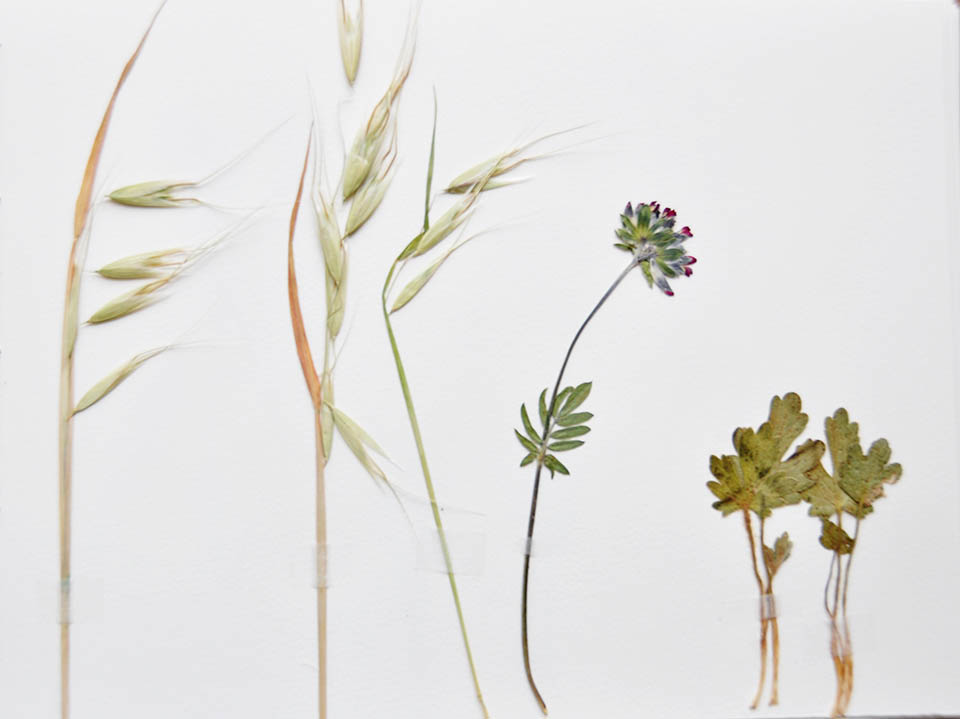 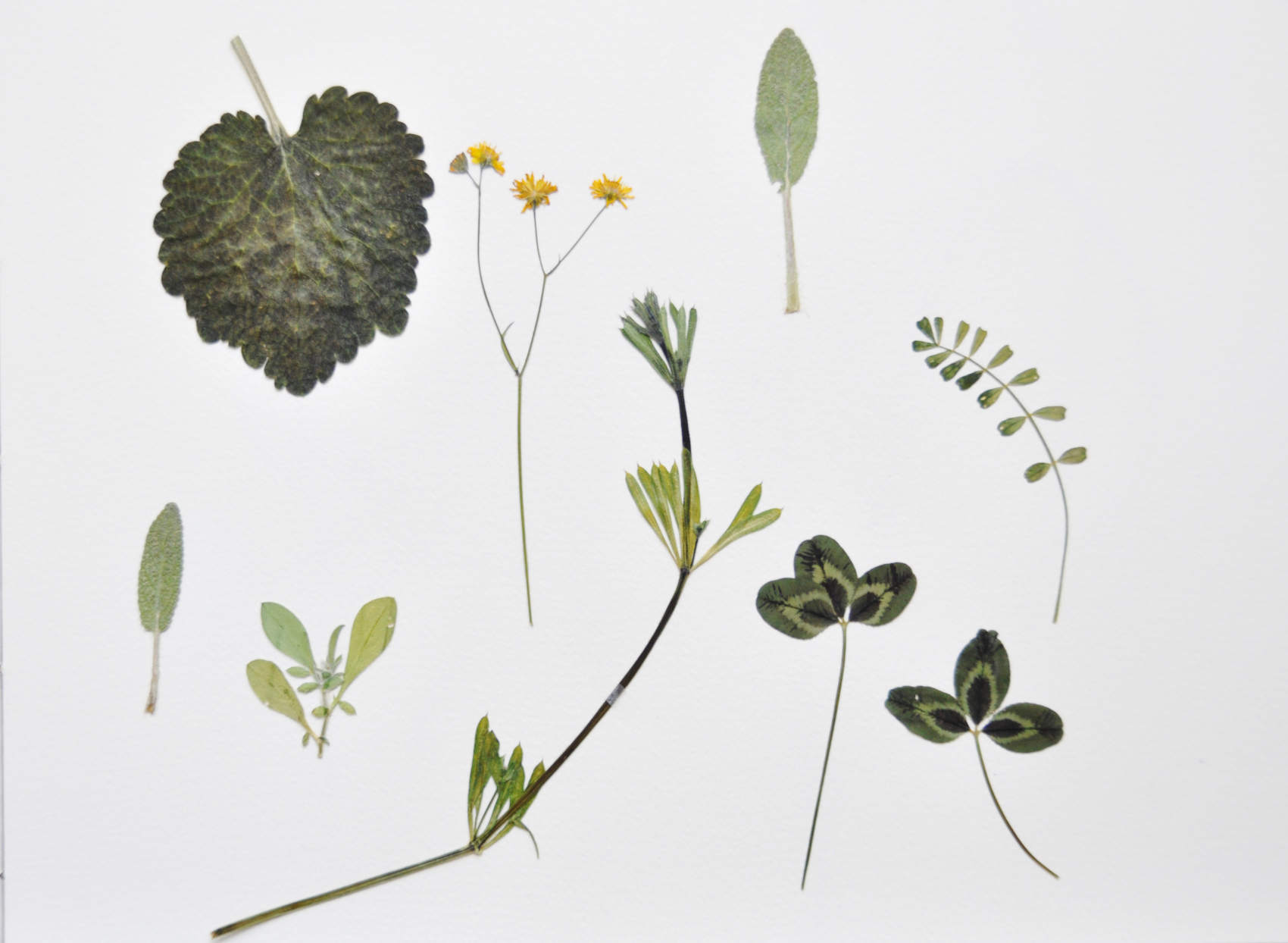 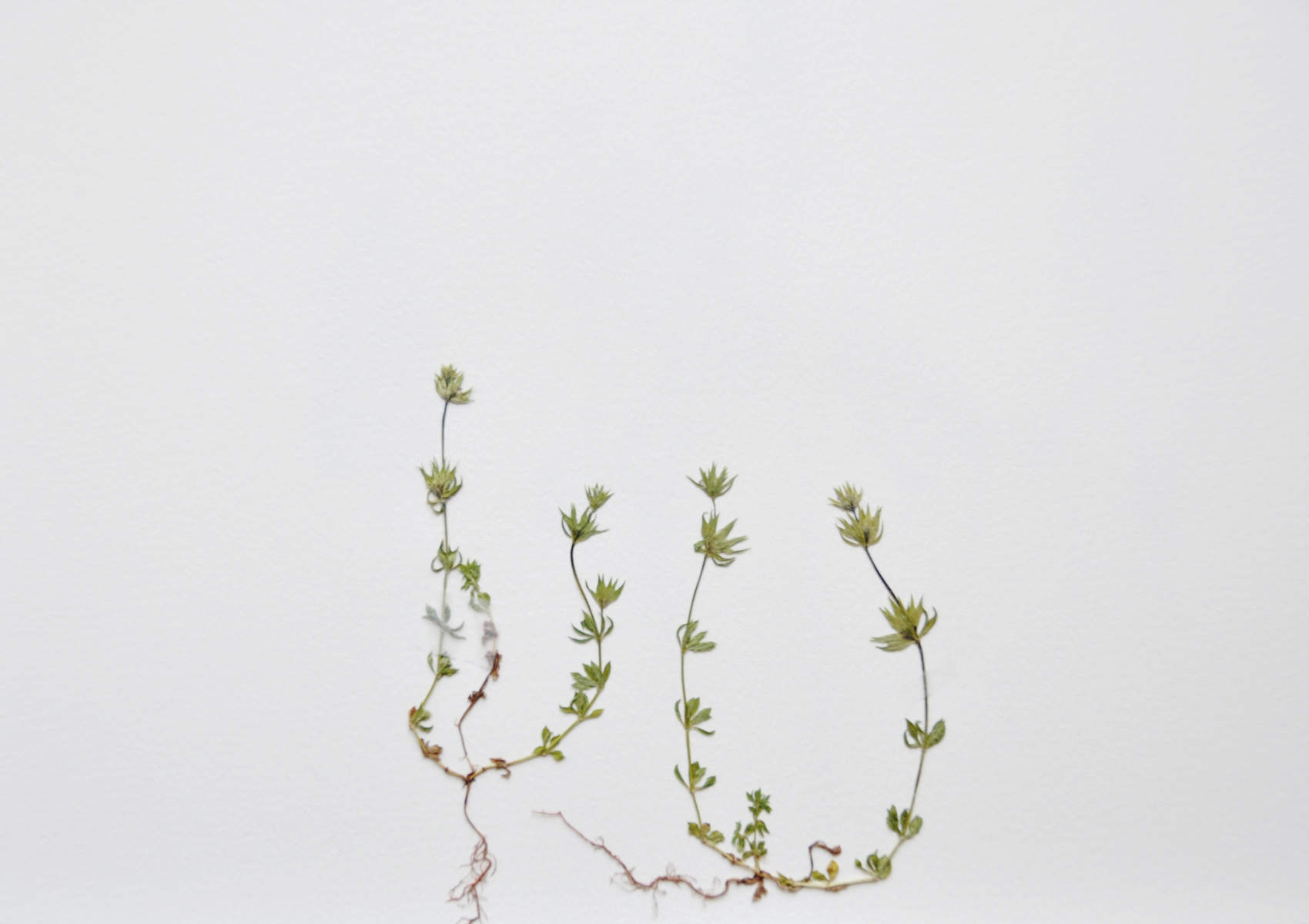 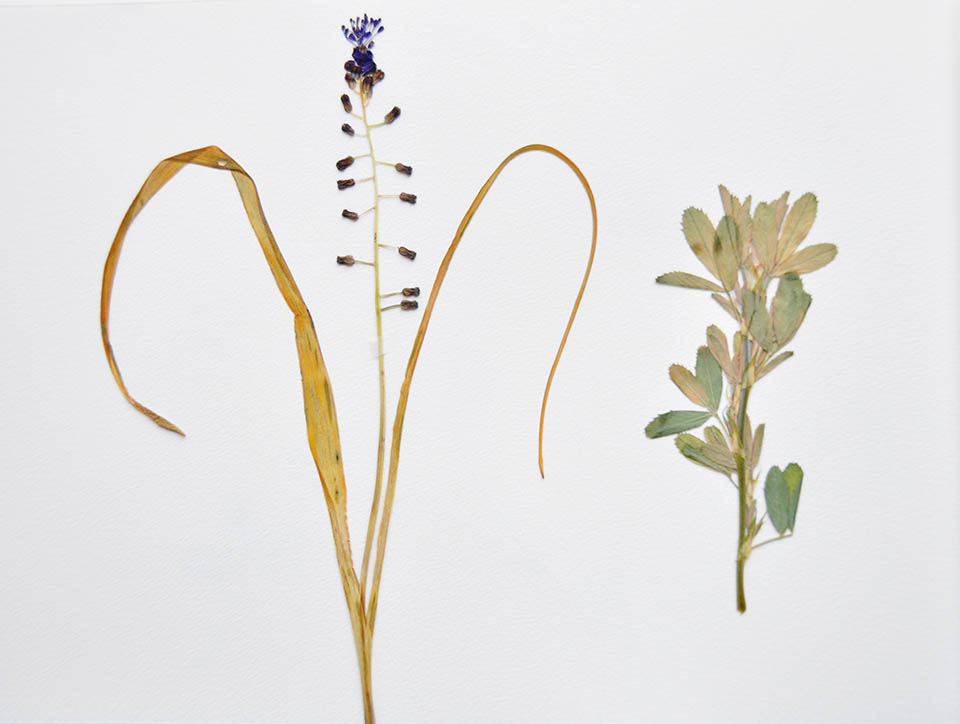 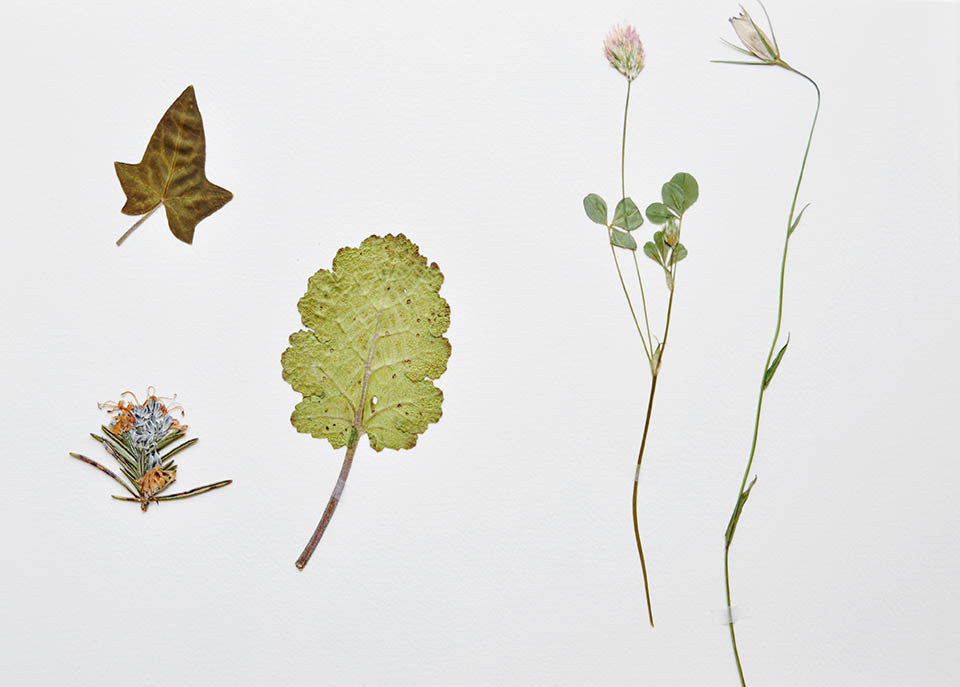 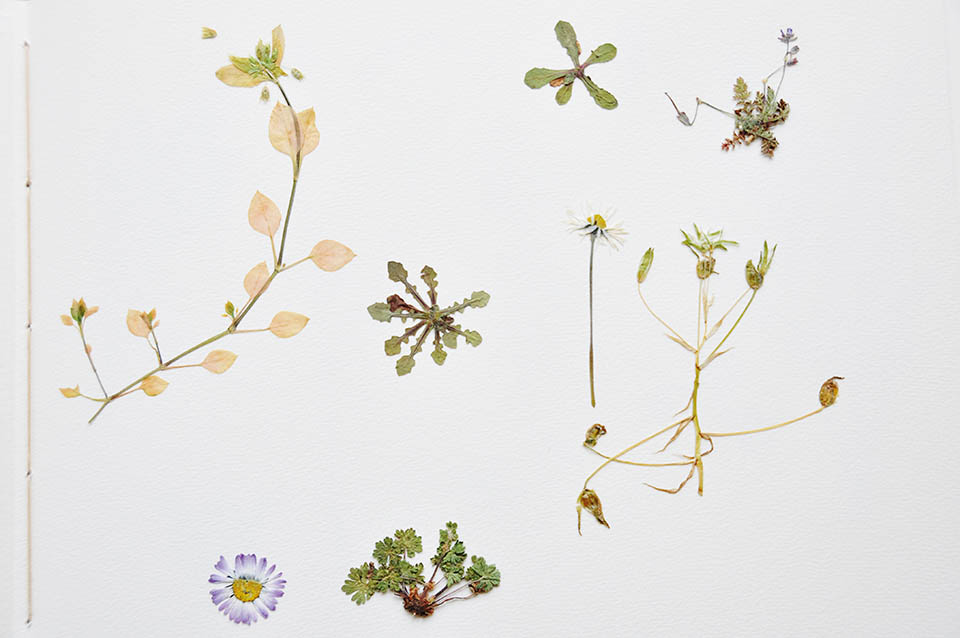 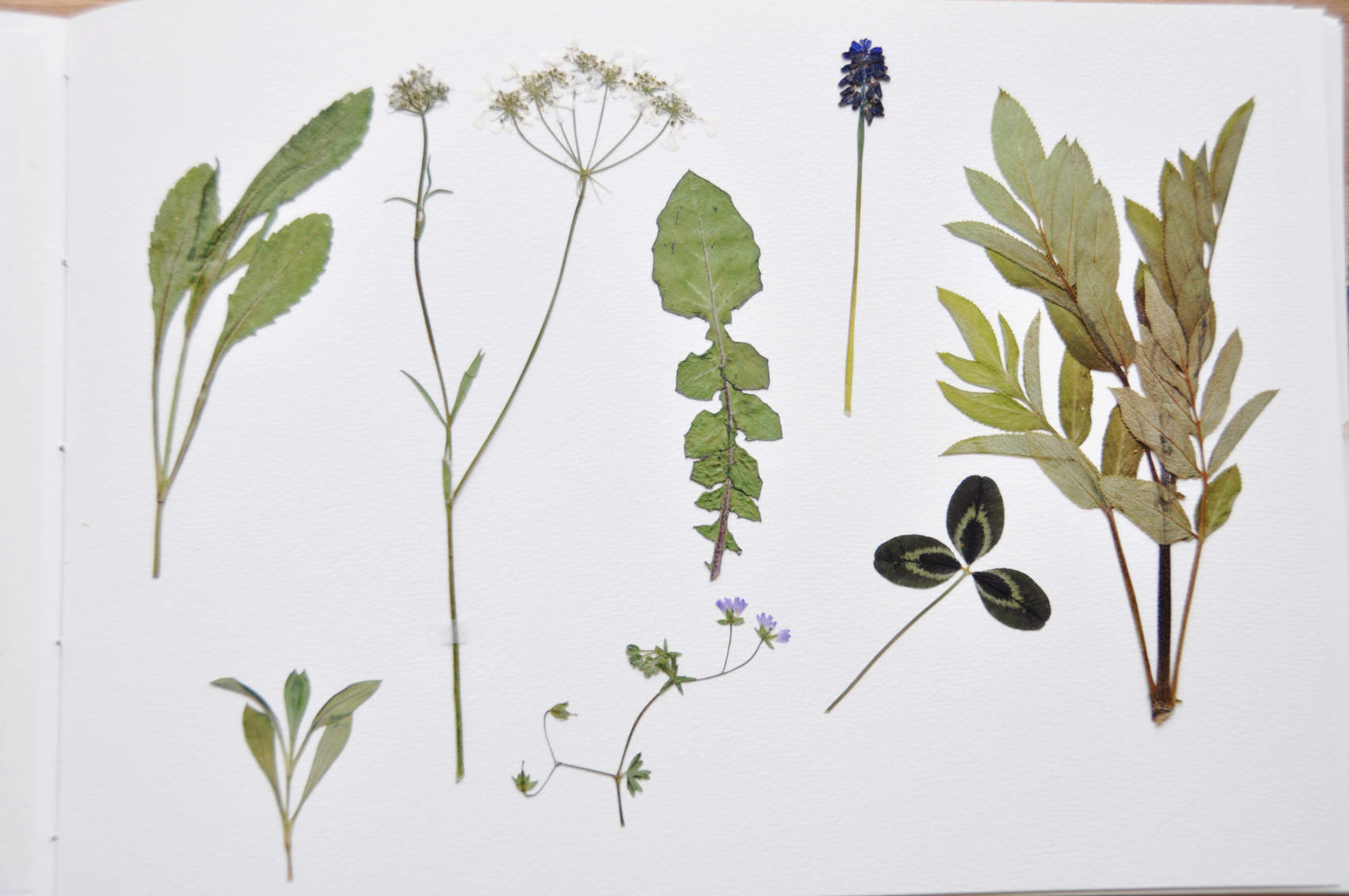 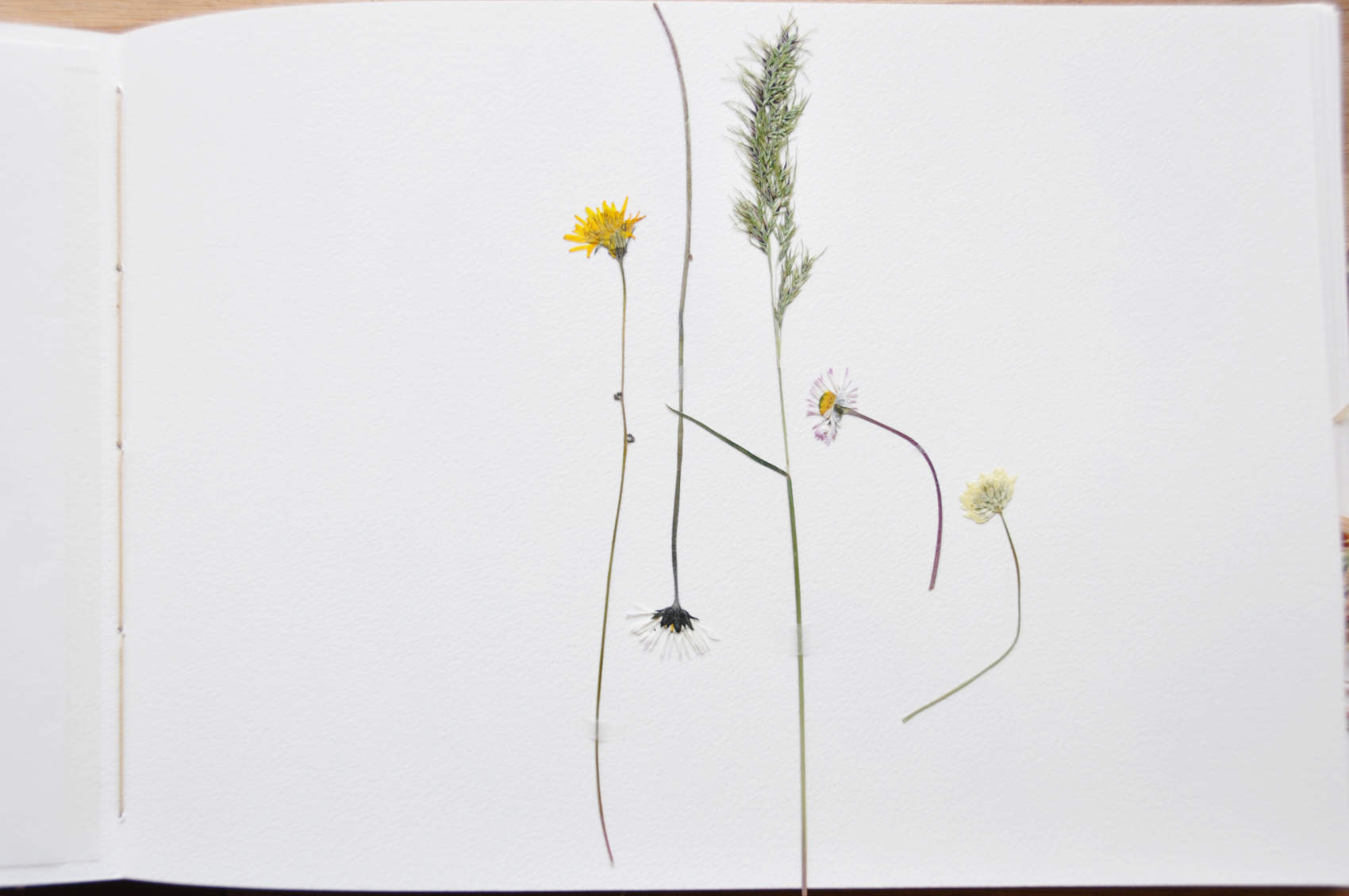 Της Κανέλλας (pronounced “tis kanelas”) (2018), is an installation consisting of text and a ‘scentscape’. It is based on my ethnographic research and develops from name-giving traditions in Kalavryta. Children in Greece are generally identified through multiple patrimonial linkages. In post-war Kalavryta this reference for name-giving temporarily switched from a patrimonial to a matrimonial lineage. This work can be presented only in contexts where the word ‘cinnamon’ literally corresponds to an actual female name. Της Κανέλλας was initially conceived for and presented at the event Gynaikopaida, curated by Eva Giannakopoulou at TWIXTlab in Athens. Its materialization took place in collaboration with Maroula Papanastasi. 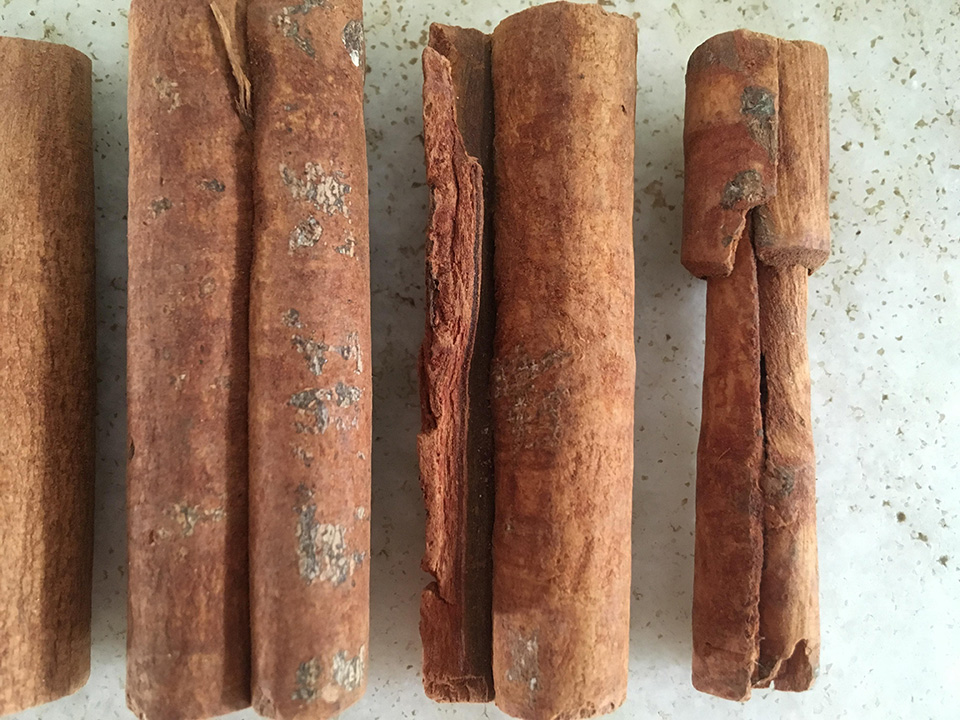